Why Listicles Could Be The Key To Higher Conversion Rates 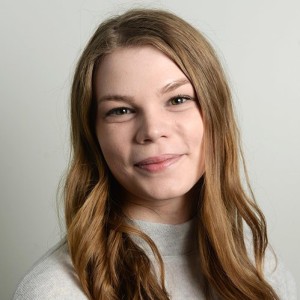 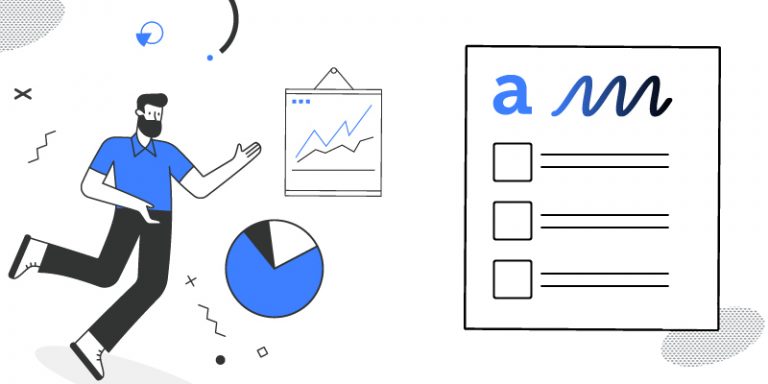 They say there’s power in numbers, and never has a statement been so true as with headlines.

Headlines come in all forms, and as we’ve tested before, the active voice really has an impact on ad performance. There are several different tactics to consider when crafting the perfect headline, but one formula has become a trusted strategy for increased engagement: the listicle. Granted, few would argue that listicles are new to the scene, but there’s a reason why the use of this well-traveled tactic has withstood the test of time — because it works.

Here, we’ll discuss how publishers and marketers across industries can make a very simple change in their ad copy (specifically, for Facebook) and see a boost in performance. As we’ll see in our findings below, Anyword saw that 70% of listicles tested in a headlines analysis had an increase in CTR when switching from a non-listicle to a listicle headline.

You can take our word for it, but rest assured — it’s not all speculation.

Not only does putting a number toward the front of a headline stand out among a feed of copy-heavy ads, but it’s also an effective way to boost CTR. Yes, changing your standard article into a listicle is as simple as turning “The Best Mother’s Day Gifts for Under $100” into “10 of the Best Mother’s Day Gifts for Under $100” — and doing so can create significant lift in performance.

It may seem like an inconsequential switch, but in practice, it can make all the difference in your ad campaigns. Before we dive into what this difference looks like, let’s first examine how to construct effective listicle headlines.

Keep An Easy Formula in Mind

As we mentioned before, listicle-style headlines and articles have been a tried and true practice for many writers, copywriters, and marketers. There are a few other key elements to keep in mind when writing the perfect listicle. Here, we’ve put together an simple formula for a foolproof listicle headline:

Now, let’s break it down. Obviously, you want your number at the beginning of your headline. It doesn’t have to be the first thing in your headline, but it shouldn’t be buried at the end.

Next, it’s important to put an engaging adjective or a key value proposition to whatever it is that you’re promoting. Let’s take sneakers for example. What is it about your list of running shoes that’s going to encourage people to click. Are they budget-friendly? Perfect for summer? Comfortable? Pick an angle and include that in your headline.

Which brings us to your main topic (in this case, it would be sneakers). You could end your headline there and still see strong results, but to really take your copy to the next level, try including an additional selling point at the end. Is there a secondary value prop that you want to highlight? Stick that on the end to wrap up your headline.

And what would this look like if we put it all together? 10 Summer-Friendly Sneakers That Won’t Break the Bank.

Now it’s time to see just how listicles can affect performance. Anyword’s creative team analyzed a set of articles to see just how effective this formula can be. When comparing ads with listicle headlines versus non-listicle headlines, the team found that the majority of listicle ads performed better. In fact, 70% of the listicle articles tested saw an increase in CTR — just by adding in a number to the Facebook post text or headline. So yes, the trusty listicle can be worth its weight in gold, and here’s the data to prove it.

First, let’s take a look at entertainment ads for the craziest things people have ever seen on the subway.

As we can see, the listicle headline, “40 Craziest Things Ever Seen on the Subway”, had a 4X higher CTR than its non-listicle counterpart. And for our next example, we move on over to lifestyle content.

Here, we see that the listicle headline created even more of a dramatic difference in CTR, with the listicle coming out with a 8X higher CTR.

It’s also interesting to note that the top headline is the longer of the two. As we’ve discussed previously, longer headlines have the ability to lead to strong performance.

Where To Cap It Off

As part of the test run by our creative team, we wanted to see if it was possible for the number in a listicle to be too high. As part of our analysis, we saw no clear answer on whether there’s a drop off in CTR with higher listicle numbers. However, some of the listicles that didn’t perform as well were in the 32-40 range, indicating that it is possible that higher  numbers could have an adverse effect on performance.

But as we can see from one of the examples above, a listicle headline with 40 at the front out-performed the non-listicle headline. So, while there’s no definitive rule saying that at a certain number listicles stop performing well, it is something to keep in mind when making your own content decisions. That being said, we believe that we can safely infer that a high number might scare off the average reader. However, having a number there in the first place is better than the reader having no indication whatsoever of how long the list is at all.

Naturally, a lot of your campaign’s performance depends on the type of content or product that you’re promoting, and we can see different best practices across different industries/topics. What works for ecommerce content may not necessarily work as well for finance or entertainment topics. So, while the test done by Anyword’s creative team spanned across a wide range of industries(entertainment, news, fashion, business, lifestyle, etc.), let’s hone in one some topics that excel particularly with listicle-style headlines.

And for just another interesting tidbit, out of these ads, the ones that included emojis somewhere in the copy had a 5% increase in CTR.

In addition to celebrities, topics such as men and women’s clothing, beauty, and lifestyle lend themselves well to listicle headlines, as a lot of the content being promoted falls under the e-commerce use case. Product roundups and lists will always be one of the kings of promoted content.

But what about a more dry, straightforward topic like technology? How do listicles fare then? The ads sampled had an average CTR of 2.4% and an average CPC of $2.24.

While we believe listicles have a place across several industries, content verticals, and product types, there are certain places that this headline style naturally does well. Take a look at where we see higher performance with listicle headlines and keep this in mind next time you go to create your content.

We’ve all seen (and browsed) (and maybe shopped) the holiday gift roundups that we see pop up on our feeds — especially around Q4. Gift guides and other commerce content are natural placements for listicle headlines to thrive. Take for example these gift/shopping headlines:

And of course, as we saw above, celebrity content and the entertainment industry find success with slideshows and lists with an accompanying listicle-style headline. But these articles don’t just have to be all about red carpet appearances and funny pictures. There’s a way to combine lifestyle content, listicles, and your campaign’s goals:

Listicles don’t just work for softer content — they can be a useful tool when promoting financial and business advice. This is an example of where listicles can be especially beneficial when promoting practical and helpful tips.

So, now that we know just how listicles can boost performance and where they naturally thrive in the content world, we run into another challenge. There’s still a lot of guesswork that comes with choosing the right copy and the right message for your audience or customers.

Well, that’s where Anyword comes in.

Anyword’s AI Copywriting Platform leverages a unique data-driven approach to content creation. Not only does this AI writer allow its users to generate a wide variety of copy (ads, blog posts, landing pages, product descriptions, and of course, headlines), the tool also provides a Predictive Performance Score with each text variation. These specific “grades” give you an idea of that copy’s performance and conversion potential — before you even publish or go live. This helps marketers and copywriters make better-informed decisions on their content, and ultimately leads to higher conversions, more sales, and better performance.

Next time you’re looking to use a listicle to give your content or campaigns a boost, turn to Anyword to not only help you generate that headline, but to also forecast its performance using its powerful predictive analytics. So, instead of us telling you the 10 Best Reasons to Use Anyword’s AI Tool, sign up for a free, 7-day trial and check it out for yourself.

The Top CTAs to Use to Boost Performance

Your call-to-action acts as the main guiding light for your customers. When marketers or copywriters have unclear, weak or multiple CTAs, it becomes confusing or

How to Write a Strong Promotional Email: Tips for Crafting Email Copy

If you’re using email marketing to promote your business, you need compelling email copy. Email marketing can be very effective at getting customers to take